This site doesn't support Internet Explorer. Please use a modern browser like Chrome, Firefox or Edge.

Who else wants to get rid of anxiety, depression, and stress...

Because Improving Your Strength In This Way Just A LITTLE BIT Will Change Your Life!

...yet most people have hardly trained their strength in this way, at all! 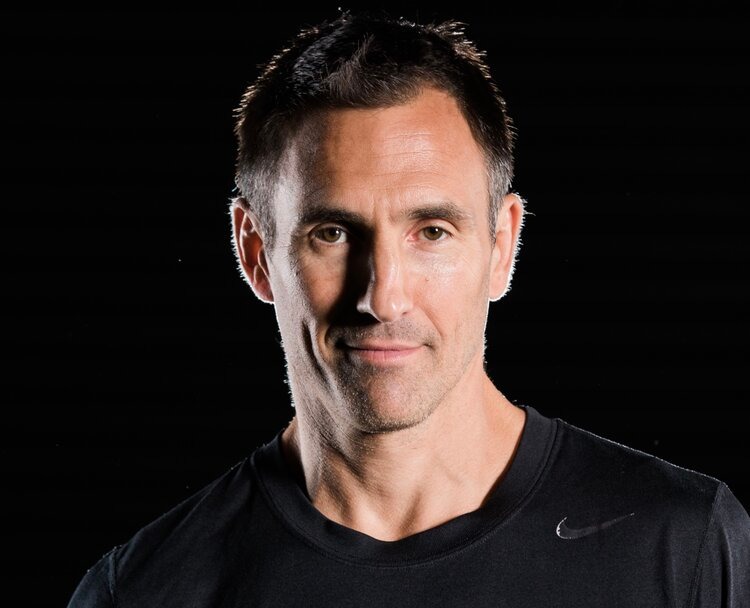 If you're here on this page chances are that you're serious about your strength and becoming a greater version of yourself.

Why would I, after training with some of the top strength coaches in the world as a professional athlete, RELEARN what I thought I knew about strength?

I already had an understanding of the typical strength approach in America, but, while on the surface I was fit... I was missing the elements of “new strength” that I hadn't yet discovered.

I was struggling with anxiety, depression, and stress. And I didn't like the guy I saw in the mirror. I hated him.

I hated how I would say I was going to stop eating so many cookies, but didn't. Cheating on my girlfriend. Indulging in drugs and alcohol. Going to strip joints.

Eventually, my girlfriend introduced me to a Vietnamese Grand Master who could tell I was unhappy. He said:

"You don’t have to live like this. There is another way. I show you."

He offered to train me. But despite being absolutely miserable, and being blown away by some of his powers, I refused his training.

I continued doing what I'd been doing for years.

Then one day, my brother, my friend Sal and I went to visit my friend Jack in California from New Jersey. 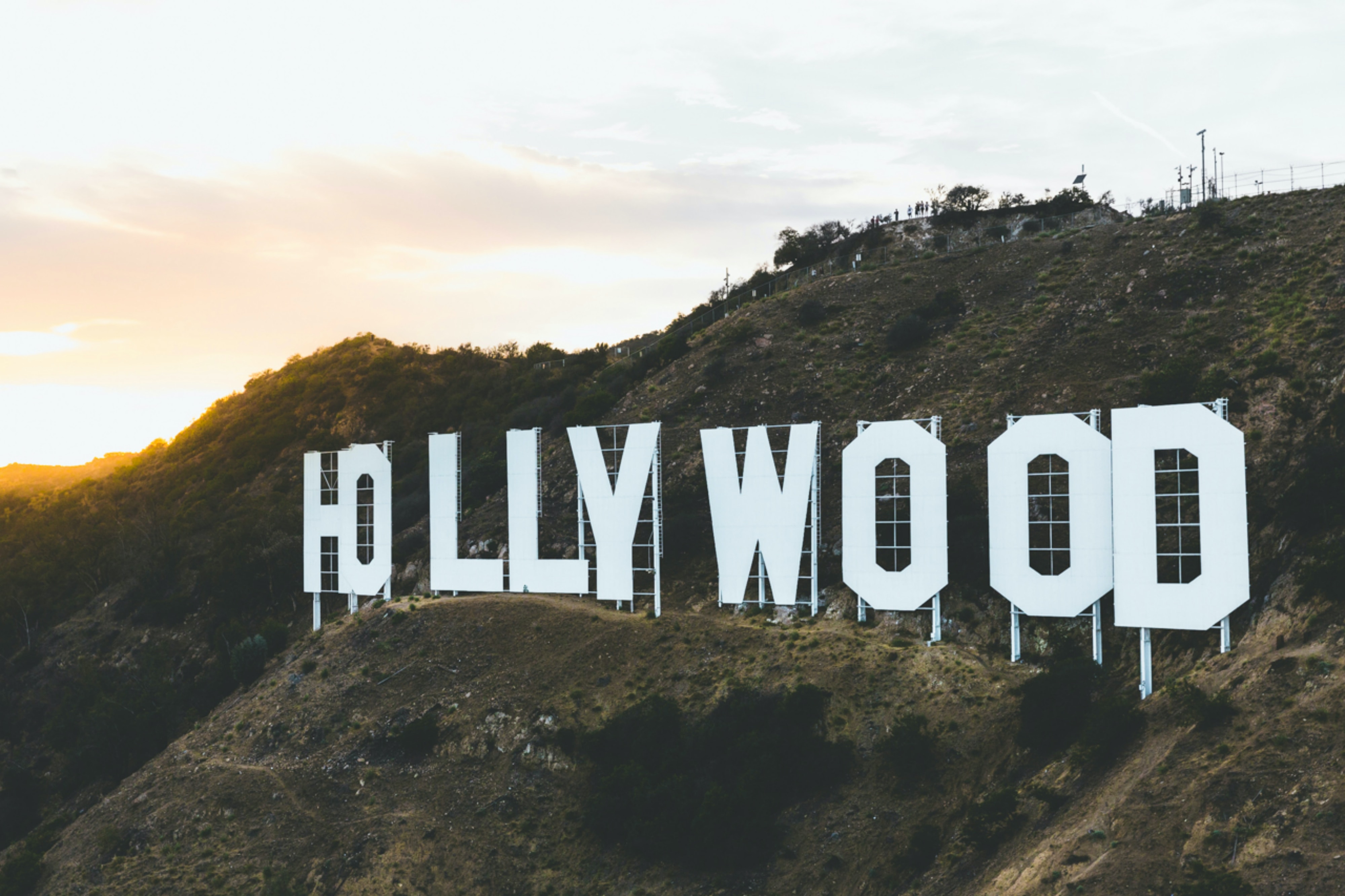 My sister was living in L.A. at the time. My wife (girlfriend at the time) allowed my mom to bring my daughter, who was 3 at the time, to California to visit my sister.

So my mom and my sister and my daughter were in L.A. the same weekend that I was at that party in L.A.

We were out all night, partying, out of control, doing drugs.

We were about 45 minutes late to a dinner we arranged with my mom and my sister and daughter.

We were completely shot out - they could tell.

I remember how terrible I felt - I remember how disgusted my sister and my mother were - our appearance, our demeanor, our energy.

It made me realize there's my beautiful little girl and I'm just kinda doing whatever I want.

Like whatever my sister and mom will take care of her.

I realized I'm a scumbag. This innocent little girl... I realized her father is a loser.

I felt really pathetic. I wasn't really being the responsible father I needed to be - and this innocent girl was being neglected - passing off my responsibilities to my mom and my sister and girlfriend - passing it on to them - my responsibility - I felt like a deadbeat.

The next day we went to see Grand Master.

He made the offer again, to me and my brother, to train with him.

That's when I decided it's time to make a change. 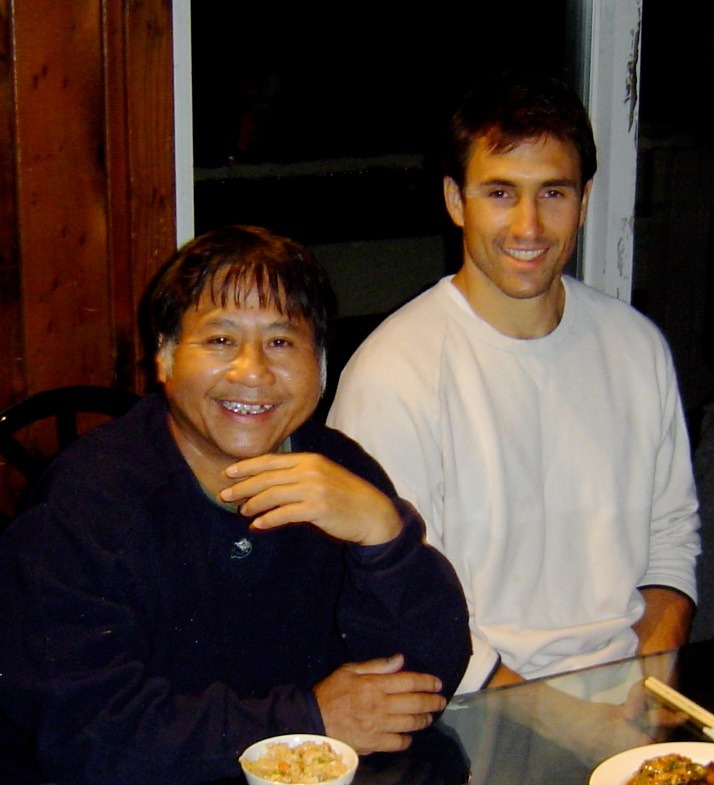 One day, Grand Master asked me if I lift weights.

The old John would want to punch this guy in the face.

"The real reason why is that I want to be strong," I said.

I had to smile. How did he know me so well?

"I guess you’re right," I admitted.

"I know I right, I your Grand Master. Come with me."

I thought I was strong. Until Grand Master brought me outside and proved me wrong... WITH A TWIG.

He had me hold a stick in a very specific way, and then said, "Now hold stick still. No moving."

It hadn’t even been 15 seconds and the stick began to wobble.

"What happen? Why you shaking? All those big muscle, can’t hold little stick?"

I brought my arm down. I felt like whacking him with it.

"Problem with ligament, in tendon. Very important to make stronger. With training I show you how."

This is one of the new ways I began to train my strength - something I had never learned as an athlete with the Buffalo Bills.

With that, I learned how to increase my hand strength, and soon enough I was doing three-fingertip push ups.

Here's a picture of me doing fingertip pushups at Grand Master's. 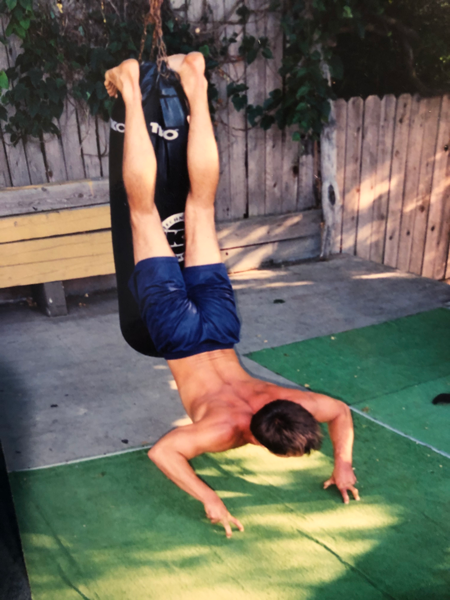 ﻿Hands can hurt, or they can heal.

That it's a choice, and life was all about choices.

You can learn how to strengthen your tendons, ligaments, and hands.

And do finger tip pushups like I am in this photo!

It wasn't about lifting weights with dumbbells and machines, like I was used to with all my previous training.

The training I was doing with Grand Master was so different than I was used to, it forced me to relearn what I knew about strength.

Couldn't you see how improving the strength of tendons and ligaments could make you stronger?

It's something that's not very noticeable on the outside, so it's hidden, but it's obviously important. And when you strengthen them, it's like turning a hidden weakness into a hidden weapon!

I'll reveal step-by-step training for this in my new strength system, which I'll get more to in a moment.

Another hidden element of strength that became of important focus was increasing my energy and my energetic flow.

With new exercises that had very specific breathing patterns, I began to build up my energy to insane new levels!

Again, far beyond anything I'd experienced and was used to training as a professional athlete.

I taught some of these principles to some of my students, and they experienced greater levels of energy too!

Billy Hartigan, for one, who went off to become a pre-Olympic rower after training with me. And I say that not to brag, but to show you that it's possible.

“My energy levels were through the roof!” - Billy Hartigan

There was also Mark and Rita, who have some incredible stories that I'll share with you shortly. For now, here's some of what they said that had to do with raising their overall energy level.

“People around me have seen the changes in my overall being, not that I've done it for anyone else, but it's been nice to hear positive feedback … I’m doing more without getting tired, my dedication and willpower, stuff that I would sometimes lose sight of since it just became natural even though they are big accomplishments.” - Rita Lewis

The cool thing about raising your overall energy level is that besides having more energy, it overall increases every function of the body.

Energy you're creating/elevating is offering higher levels of fuel or a higher octane of fuel for every operation that's happening in the body, including mental.

Every system that's going on in the body - immune system, digestion, to your mental focus, anything that you can think of.

Couldn't you see how increasing your overall energy levels could make you stronger?

Additionally, I began to train for mental strength.

At the time, I had a horrible sugar addiction - I was gorging on fat-free cookies and yogurt - gorging on that stuff - pounding sugar - unbelievable amounts of sugar - it was an uncontrollable thing.

I was being promiscuous with women, and drinking alcohol and doing drugs.

I couldn't stop. I'd say, "I'm not gonna do it anymore." And then it'd get offered to me and I'd break down and do it.

I was unable to do it, until I started getting stronger.

All of those things, started to just sort of - slow down to the point of yeah I got control of this.

So much of my life was controlled by desires and pleasures of the flesh. Without mental strength, everything is so much harder.

Grand Master said something like this: "You're like a boat out at sea, there's no rudder - you have to go wherever the wind takes you."

Grand Master said that without

You're also going to learn how to build up your mental strength.﻿

Mental strength will help protect you from binging on foods, drugs, or alcohol.

I'm not the only one that has benefitted from this. My New Strength System has helped MANY people over the years

"The workouts shook it all up in a way... Took me through emotions, things I had been feeling and stuff I didn’t even know I had inside of me. Completely cleared my mind."

"My mindset changed. To be more mindful of what I do and to control my thinking, my binge eating of sweets or whatever."

You can join me inside New Strength Unleashed.

If you want to grow stronger, just follow this system, it's not complicated, it's simple!

A year from now, you will be amazed with your results.

Your job is to come in and do the training. John can do his own workouts but he can't do yours for you.

If you can do that, then we welcome you with open arms, gratitude, and a passion for success.

Apply To See If You Qualify